A signed picture taken after his win at the 2012 Abu Dhabi Grand Prix. This was a notable victory for Kimi being his first since his return to F1 after a brief retirement, and the first for the re-born Lotus F1 team. The race was particularly notable for Kimi's irritation at the constant messages from his engineers, to which he famously replied, "Leave me alone, I know what I'm doing." Picture carries certificate of authenticity.

This lot is now closed 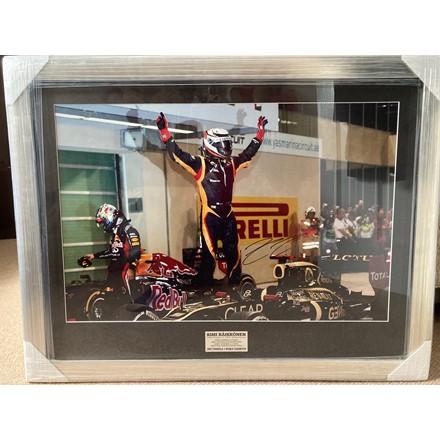 Lunch with the Real Housewives...

You are bidding on 'Lot 162 - Signed photo of Kimi Raikkonen'

Stay up to date with our latest news